I'm not sure there's a Black person in America that hasn't either heard or used the word 'nigger' or 'nigga' at least once in their lifetime... although I'm willing to bet they've heard it no less than 10 times.

A brief history of the word can be found here at the African American Registry [opens in a new window] -- and we could probably debate the use of the word forever, just based on how humans are, whether they're taught to use the word or ignore it.

N-Free is all about the choice you make for yourself.

After having used the word in my past in various ways, I decided that I wanted to keep myself away from using the word except in a historical fashion. In that light, I wanted an indication for consumers that told them, if you don't want to hear the word used otherwise, this is what I'm doing. And anyone else is free to represent in that same way.

That may not be your choice as a Black artist or listener. Aside from the importance of context when said, it's not for me to have a reaction when you truly mean it in a positive light (but be clear -- frauds face consequence).

The N-Free mark will be used on all my projects to state that I've censored the word 'nigger' or 'nigga' unless it's used as a historical reference only. Other artists are welcome to use the mark in this same respect.

I actually created this mark a decade ago, to some slight controversy, as for some reason there were some who saw this as censoring THEM... when, in fact, YOU ALWAYS HAVE A CHOICE -- you can be regarded as a man or a nigga or a nigger -- what's most important is that you know what exactly that means... and CHOOSE. 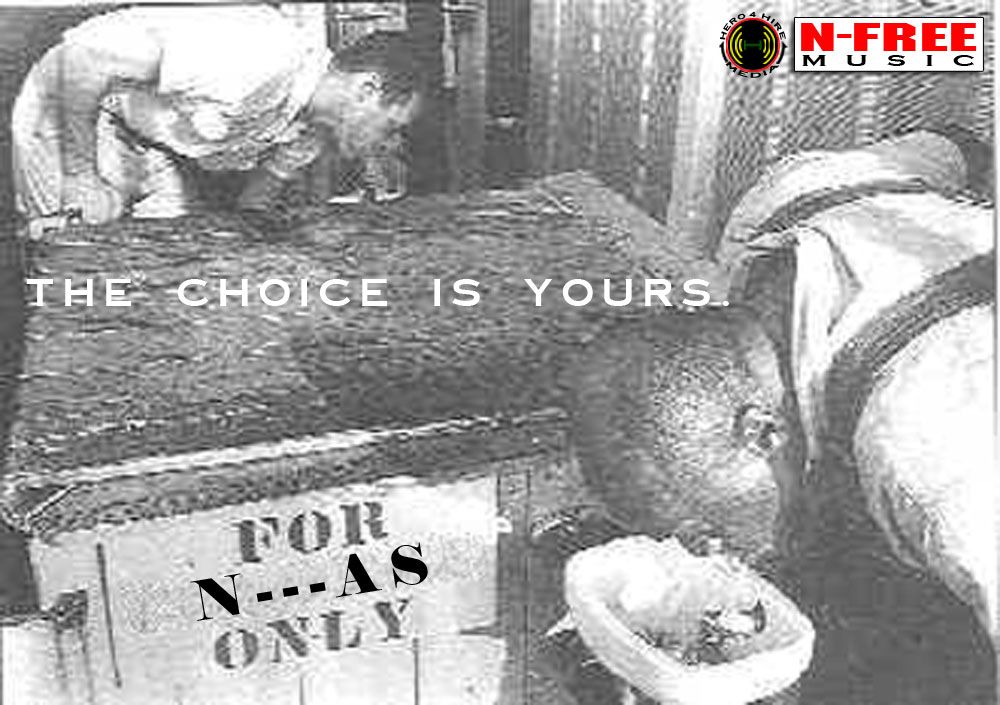